Flywheel Supply is a family owned and operated business located 15 miles northwest of Le Mars, Iowa, in the small town of Craig, Iowa. We specialize in manufacturing a massive range of parts for antique hit and miss engines. We have a wide variety of both manual and CNC machining capabilities, from cnc lathes and mills, to multi spindle screw machines, multi spindle chuckers, rotary transfer multi spindle machines and more!  Our extensive in house manufacturing and machining ability allows us to keep our prices low and offer a wide range of products direct to our customers. Should you require any custom part or custom work, we’ll gladly take a look at whatever you need.

Flywheel Supply is also one of the leading magneto rebuilders and magneto parts suppliers. We offer complete rebuilding service and support. We build many stock parts and offer custom repair of your magneto in our machine shop.

You are welcome to stop by our shop any time for a visit and take a tour or you can visit us at one of the antique gas engine shows we attend. We always have a variety of antique gas engines for sale or antique maytag engines and parts for sale and they can be picked up at our location or delivered to any show we attend.

Prior to Flywheel Supply, Zach was an auctioneer and a tinkerer. He liked to eat at Pizza Hut (more on that later).  Ashley was a waitress at Pizza hut for 10 years! She was his waitress....  She took a liking to Zach and asked for his phone number. He gave it to her and still didn't have a clue.... Then she asked him on a date which he accepted.  That was November 20th.  They dated until the middle of March when he finally caught on and gave her a ring.  They got married the following month, April 16th. The day after he filed taxes and the day before they left for a swapmeet.  That's the story! He was kind of slow but hey, he learns. They're married all this time later, with four kids to show for it.  Some things are just meant to be.  If you ask them, how did you know so quick? They will both reply, "Hey we were both desperate!"

Ashley in her free time, if she has any, loves to spend time with friends and family. She enjoys making Christmas cookies with the kids every winter.  She enjoys weekend getaways with Zach, especially if its to watch a Kansas City Chiefs football game! And her favorite past time was getting to swim with the dolphins!

Zach enjoys spending time with his wife and kids.  He loves to tinker and is always building something new to use around the house or shop.  He is always hunting for some 'new' old iron at shows.  During the summer, you can find him chatting with friends or neighbors in the evening around town.

Their four kids are Trinity, Alexa, Noah, and Nolan. They homeschool their kids in the small town of Craig, Iowa, where they both live and work.  The shop is a block north of the house and the office building is across the road.  The kids go to work with mom and dad every day. Meet the kids and see them and some of their 'jobs' here! 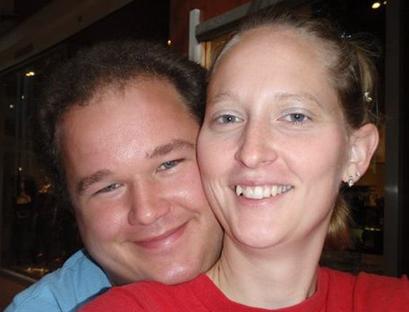 We are a first generation family owned and run business. Our kids, below, work with us everyday. 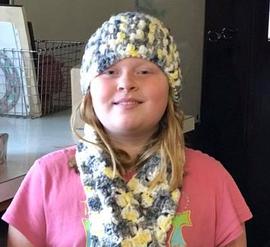 Hi I am Trinity. I am now 13 years old. Although, according to the website I spent several years being 9...I am the product sourcing specialist at Flywheel Supply. It is my job to find all those hard-to-find parts that no one else has to keep you coming back time after time.

I am a very big help to my mom, I do the laundry! I also always help with my brothers and sister a lot.

If there is ever a part you need, and you cant find it anywhere else, give me a call. - Trinity 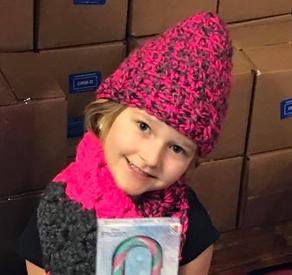 I am 10 years old and I am the head mischief maker at Flywheel Supply. It is my job to talk really loud when someone is on the phone to make it hard to hear! :)

My favorite doll is my American Girl doll, but don't let that fool you! I love to play with engines and drive tractors. - Alexa 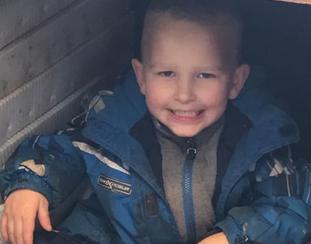 This handsome dude is just 9 years old but knows how to use a screwdriver like a pro! One day, Ashley was getting ready to put a running Maytag engine on ebay that was on a nice set of skids. When she looked at it, all the screws had been removed from the skids! And Noah said he was working on it! Mind you, he had a regular hand-held screwdriver and these are 3.5 inch long screws! 8 of them nonetheless! So as you can imagine, he LOVES to play with tools and work on stuff in the shop! 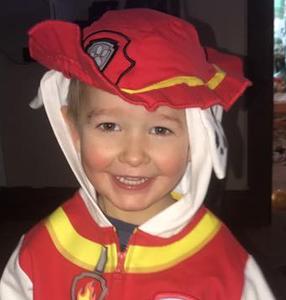 Don't let the age of 7 fool you here! You won't find a better tractor driver around! He loves to play with toy tractors and even drive big and little ones.  He was riding with Ashley this past summer on our B John Deere. She was waiting for me (Zach) and was stopped.  He kept leaning up and pushing the hand clutch to make the tractor move! He KNOWS that's how you do it!

OUR KIDS, LIKE OUR PARTS, ARE ALL MADE IN THE USA